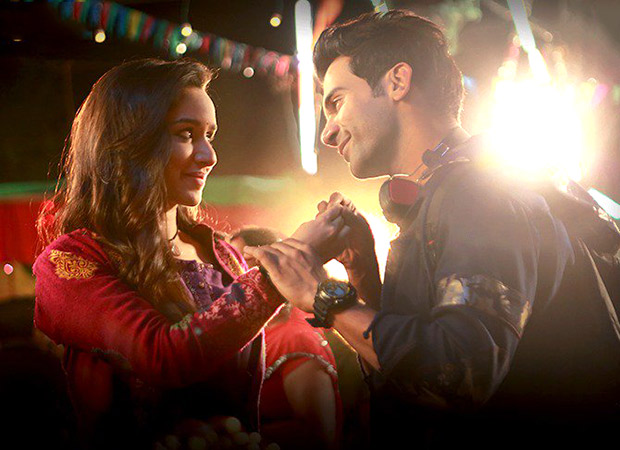 Over the years we have seen an increasing number of films reach this coveted mark, be it since ticket prices were raised, a higher screen count or for that matter the film in question had content that appealed to the audience. While the Shah Rukh Khan starrer Chennai Express and Hrithik Roshan starrer Krissh 3 were initially the fastest films to reach the Rs. 100 crore club mark, in just 4 days, Aamir Khan shattered this record with his film Dhoom 3 that entered the club in just 3 days. Joining Aamir are Shah Rukh Khan with Happy New Year and Salman Khan with Bajrangi Bhaijaan and Prem Ratan Dhan Payo that also entered the club within three days of their release.

Ending 2015 on a high was Rohit Shetty’s Dilwale featuring Shah Rukh Khan, Kajol, Varun Dhawan and Kriti Sanon that managed it in 7 days of its release, and Sanjay Leela Bhansali’s Bajirao Mastani featuring Ranveer Singh, Deepika Padukone and Priyanka Chopra that despite going head to head with the SRK film Dilwale managed to do so in 9 days. The Akshay Kumar, Abhishek Bachchan, Riteish Deshmukh, Jacqueline Fernandez, Lisa Haydon and Nargis Fakhri starrer Housefull 3 started the tally for 2016 managing to reach the Rs. 100 crore club mark in a span of 13 days, followed by the Salman Khan and Anushka Sharma starrer Sultan managing the same within just 3 days of its release.

Following these films were the Akshay Kumar, Ileana D’Cruz and Esha Gupta starrer Rustom, and the Sushant Singh Rajput starrer M.S. Dhoni: The Untold Story that has collected Rs. 103.40 cr in just 9 days of its release, and the Karan Johar directed Ae Dil Hai Mushkil featuring Ranbir Kapoor, Aishwarya Rai Bachchan and Anushka Sharma that managed to collect Rs. 102.05 cr in 12 days of its release and the Ajay Devgn starrer Shivaay that collected Rs. 100.05 crores in 31 days after its release. Ending 2016 was the Aamir Khan starrer Dangal, directed by Nitesh Tiwari, which was based on the life of wrestler and coach Mahavir Singh Phogat, that managed to collect Rs. 106.95 cr over its opening weekend, entering the club in just three days.

Starting the tally for 2017 was the Shah Rukh Khan starrer Raees that has collected Rs. 100 cr in 6 days of its release. Directed by Rahul Dholakia, the film which features Shah Rukh Khan in a grey shaded character had been doing brisk business at the box office despite the competition from the other release Kaabil starring Hrithik Roshan that released on the same day. Following Raees was the Hrithik Roshan starrer Kaabil, which managed to cross the Rs. 100 crore club mark in 18 days of its release. Collecting Rs. 100.72 cr, the film, which is a revenge drama and features Hrithik in the role of a blind man, is slowly yet steadily making a mark at the box office. Post this was the Akshay Kumar starrer Jolly LLB 2 directed by Subhash Kapoor, which is a sequel to the 2013 Arshad Warsi – Boman Irani starrer Jolly LLB. The film managed to cross the Rs. 100.37 crore mark in 12 days of its release, by collecting Rs. 100.37 cr.

Similarly, the Varun Dhawan – Alia Bhatt starrer Badrinath Ki Dulhania, directed by Shashank Khaitan, which is the second venture in the Dulhania series managed to cross the Rs. 100 crore club mark in 14 days. In fact the film has raked in Rs. 100.74 Cr at the box office in 14 days. Following these films was the epic Baahubali 2 – The Conclusion which opened on a thunderous note both within the domestic and overseas markets collecting Rs. 128 cr in just three days of its release, and the Salman Khan starrer Tubelight. However the film which was directed by Kabir Khan and also featured Sohail Khan and Chinese actress Zhu Zhu underperformed at the box office and unlike previous Salman Khan starrers that made it to the club within days of release Tubelight managed to enter the Rs. 100 crore club after collecting Rs. 102.36 cr in 6 days of its release.

Post this it was the Akshay Kumar starrer Toilet – Ek Prem Katha that was directed by Shree Narayan Singh. Also featuring Bhumi Pednekar the film which along with entertainment combined a very relevant social message was well received by the critics and audiences alike. Now the film has managed to enter this much coveted club by collecting Rs. 100.05 cr in 8 days of its release. Followed by the comic caper Judwaa 2, starring Varun Dhawan, Jacqueline Fernandez and Taapsee Pannu in leading roles, has also managed to enter the 100-crore-club thanks to its great word of mouth, exciting promotions, youthful content and mass appeal. Just like Toilet – Ek Prem Katha, Judwaa 2 has also taken 8 days to enter the coveted club.

In Diwali 2017, it was the horror comedy Golmaal Again that managed to take just 4 days to enter the Rs. 100 crore club with collections being pegged at Rs. 103.64 cr. The latest entrant now to do so is Tiger Zinda Hai, the sequel to the 2012 blockbuster Ek Tha Tiger. Starring Salman Khan and Katrina Kaif, this Ali Abbas Zafar directed film opened to a rocking response from the audiences. It entered into the Rs. 100-crore-club in just three days, with collections amounting to Rs. 114.93 crore.

Starting the tally for 2018 is the much talked about Sanjay Leela Bhansali directorial Padmaavat. After a name change and multiple edits, the Deepika Padukone, Ranveer Singh and Shahid Kapoor starrer opened to mixed response across the country with the film being barred from screening in certain regions. However, despite these hurdles, Padmaavat has managed to cross the Rs. 100 cr mark in just three days. Collecting Rs. 114 cr Padmaavat manages this feat in just 4 days of its release. Following Padmaavat as the second film of 2018 to make it past the Rs. 100 cr mark is the surprise package of the year Sonu Ke Titu Ki Sweety. Featuring a non A-list cast the Luv Ranjan directorial has been well received by audience and critics alike. In fact, the film which featured Kartik Aaryan, Nushrat Bahrucha and Sunny Singh has managed to collected Rs. 100.10 cr in just 25 days of its release.

Post this it was the film Baaghi 2 that made it past the Rs. 100 cr mark. Marking Tiger Shroff’s debut in the club the film managed to achieve this feat in just 6 days of its release with a collection of Rs. 104.90 cr. Though not one of the fastest films to enter the Rs. 100 crore club, Baaghi 2 has certainly surprised everyone with its outstanding box office performance. Post this it was the Ajay Devgn starrer Raid directed by Raj Kumar Gupta the film has managed to cross the Rs. 100 crore mark in just 22 days of its release collecting Rs. 100.14 cr. Followed by the Alia Bhatt – Vicky Kaushal starrer Raazi that was directed by Meghna Gulzar. Based on the book Calling Sehmat the film has managed to rake in Rs. 102.50 cr in 17 days of its release. With this Alia Bhatt now has three film viz. 2 States, Badrinath Ki Dulhania and Raazi that have made it past the Rs. 100 crore mark.

Later it was the Salman Khan starrer Race 3 directed by Remo Dsouza that managed to collect Rs. 106.47 cr in just three days of its release. Following this the last film to enter the much coveted Rs. 100 cr club is the much talked about film Sanju. Starring Ranbir Kapoor in the title role the film this is based on the life of Sanjay Dutt managed to rake in Rs. 120.06 cr in just 3 days of its release. Directed by Rajkumar Hirani the film is expected to set new box office bench marks within the domestic market.

In August 2018 entering the Rs. 100 cr club was yet another Akshay Kumar starrer, titled Gold the film which is based on India’s first Olympic gold medal has managed to rake in Rs. 100.45 cr in just 13 days of its release. Interestingly, this Reema Kagti directorial has managed this feat despite stiff competition from the other release Satyameva Jayate that hit screens simultaneously.

Now the latest entrant to this much coveted club is the recently released horror comedy Stree. Directed by debutant Amar Kaushik the film starring Rajkummar Rao and Shraddha Kapoor has managed to take in Rs. 101.43 cr in 16 days of its release.

* denotes that the movie is still running in theatres

Actors who have made it to the 100 Crore club

Actresss who have made it to the 100 Crore club

Directors who have made it to the 100 Crore club

Disclaimer: The box office figures are compiled from various sources and our own research. The figures can be approximate and Bollywood Hungama does not make any claims about the authenticity of the data. However they are adequately indicative of the box-office performance of the film(s).